The festive season is for (bike) sharing 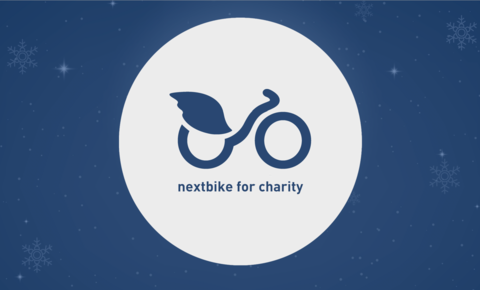 Leading bike share firm nextbike is enlisting the people of the UK to decide which charity should receive its annual festive donation.

As the holidays are a time for giving, nextbike will be donating half of its £10 monthly membership from every subscription purchased during this period as part of its nextbike For Charity campaign.

nextbike now wants members  of the public to nominate their favourite local charity by November 24 to make the charities eligible for a financial donation.

With its first UK scheme opening in 2014, nextbike has since expanded to cover Cardiff, Glasgow, Stirling, Warwick, Milton Keynes and Uxbridge. Only charities based in nextbike scheme areas will be eligible for the campaign.

nextbike ran the campaign for the first time in 2017, and has raised more than £2,500 which has been split across seven charities over the past two years.

Krysia Solheim, nextbike managing director, said: “We’re passionate about inclusion and making a real difference to the communities within which we operate, so the nextbike For Charity campaign seemed like a great idea. We’ve had a great reception in every scheme each year we’ve done this and hope to raise more funds for these worthy local charities.

“It’s a brilliant offer for anyone wanting to try out a monthly subscription, but best of all, their favourite charity might also get the chance to receive a donation out of it.”