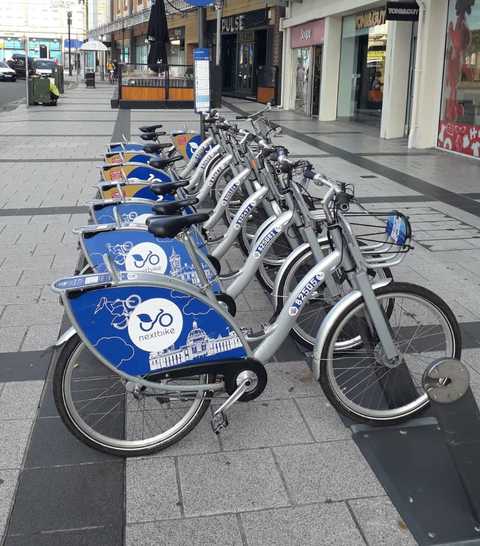 Low levels of usage across six nextbike stations in Cardiff will see them temporarily relocated to high demand sites over the next few weeks.

Following a review of the popular bike share network, nextbike has said it will relocate the six poorly-performing stations and redistribute the equipment to areas that see higher demand.

Stations in Wilson Road and at Western High School will be affected, along with Pwllmelin Road, Llanrumney Hub and Eastern Leisure Centre, and Beechley Drive.

Between them, the stations have each seen less than 0.2 per cent of the overall rentals and returns across the network - and in many cases less than 0.1 per cent.

Nextbike MD, Krysia Solheim, said: “We always work in conjunction with the local authority and the wider community to plan the network of stations, so as many people as possible can access our schemes.

“While we get it right in the majority of cases, it’s become apparent after our review that the six stations we’ve identified are not being utilised to anywhere near their full potential. We’ve made the decision to relocate the stations and redistribute the equipment across the network to areas that see a higher demand, so more customers can benefit from them.

“We’d like to apologise if this decision causes an inconvenience to any of our customers, but with such low levels of rentals cannot justify the stations operationally. In one case less than 50 rentals or returns were made in a 12-month period. By comparison, our two best-performing stations in 2020 were St. John Street, with more than 20,000 rentals and Churchill Way, which saw more than 10,500 rentals in the city centre.

“It’s clear from these figures that it is simply unsustainable to keep these six stations active in their current locations any longer.

The decision to relocate these stations has not been taken lightly and has been discussed at length with our partners at Cardiff Council. We are all in agreement that the equipment should be better utilised elsewhere for the time being. We will continue to review these locations and could reinstall the equipment there if demand rises.”

The equipment will be moved to locations around the city including Talybont, Lloyd George Avenue, Star Hub and Smart Way. Other sites are also under consideration.