Report a lost bike in Cardiff and Penarth 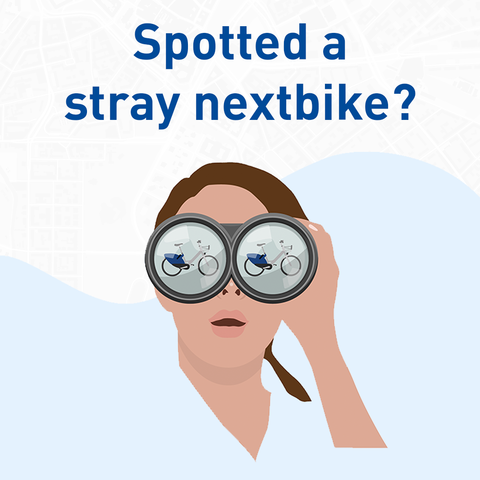 Nextbike is encouraging the public to report any lost bikes they see while the system is temporarily shut down, with money up for grabs for a local good cause for each one that is found.

Cardiff and Penarth’s popular bike share scheme has been temporarily suspended for two weeks from Tuesday July 20 - August 3 to allow the bikes to undergo a summer refresh.

And while nextbike MD Krysia Solheim said her team would endeavour to remove all of its bikes from the streets during this time, they’re expecting there may be some stray bikes to be left behind.

“Removing all of the bikes from the streets of Cardiff and Penarth for the summer refresh is quite a big task for the maintenance team,” said Ms Solhiem.

“It’s inevitable that some damaged or vandalised bikes will have been left behind - possibly in places where they shouldn’t be. We often rely on the public to help us out by reporting abandoned bikes across the scheme. This time, for each one that is reported and collected, we will donate £10 to Cycle Training Wales.

“The money will be used by the social enterprise to help fund its asylum seeker and refugee bike project delivered at the Oasis Centre, in Splott - so it's a really good cause to support.”

The project runs a weekly session at the centre where people can take their bikes to be repaired free of charge. It also allows people to volunteer their time repairing bikes, in return for a free recycled bike.

Jon Howes, Workshop Coordinator, at Cycle Training Wales, said: "We are delighted to receive these donations from nextbike, helping to guarantee the continuation of our Dr Bike service at The Oasis Centre. We hope the refresh period goes well and that lots of missing bikes are reported!"

Nextbike has also teamed up with a second charity - the Cardiff Rivers Group - which carries out dredging and waterway clearing in the area, and often recovers nextbikes that have been thrown into the water.

To say thanks, nextbike will now donate any scrap metal it accumulates to the Cardiff Rivers Group, so the charity can generate cash from recycling the material.

Ms Solheim said: “We’re incredibly grateful for all the help the Cardiff Rivers Group has given us since we’ve been operating in the area. We always endeavour to repair bicycles that come into the workshop, but inevitably we still end up with bikes that cannot be fixed. When we realised that scrap metal recycling was one of the charity’s main sources of income, we thought that donating our used metal seemed like the perfect way to say thanks.”

Abandoned bikes can be reported by noting the bike’s location and number and sending nextbike a message on social media to @nextbikeUK; via the What3Words app or website; or online www.nextbike.co.uk/en/report-a-bike.