Nextbike bids a fond farewell to the University of Warwick 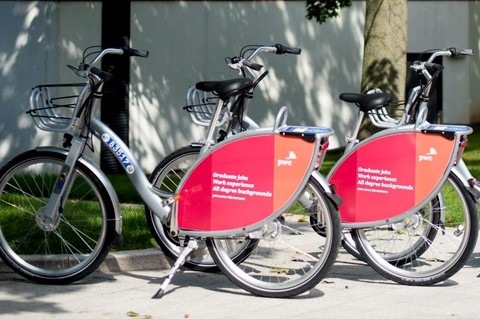 Nextbike bids a fond farewell to the University of Warwick


Leading bike share provider nextbike will cease operating at the University of Warwick now that its six-year contract has ended.


The bike share scheme launched in conjunction with the University of Warwick, on the outskirts of Coventry, in October 2015 and was one of nextbike’s first fleet of bikes in the UK.


Nextbike MD, Krysia Solheim, said they would be sorry to leave but were also excited to see what the future holds for bike share in Warwick:


“As our first university scheme in the UK, Warwick will always have a special place in our hearts. Since then, we have launched in an additional nine UK locations to date and e-bikes also joined three of our fleets, making our network of locations one of the most extensive in the UK.


“We will be sad to leave Warwick, but our contract is at an end and the time is right for us to go. We would like to thank the University and our loyal Warwick customers who really helped make the scheme so successful! Highlights like May 2019, when we had 13,400 riders on nextbikes with each bike being rented an average of 4 times per day, were really inspiring. They helped the Warwick scheme reach more than 260,000 rentals in total, equalling close to 650,000 kilometres cycled over the past six years which helped to save more than 76 tonnes of CO2 from entering the atmosphere.


“It has been a pleasure to work alongside the University for so long and to show staff and students the many benefits of bike share. We hope they have formed a bond with cycling that will last a lifetime.”


Bikes will no longer be available for hire after today. All 150 bikes and 17 docking stations will be removed from the campus over the coming weeks.


Nextbike Warwick customers will be reimbursed for any annual membership fees they have already paid.