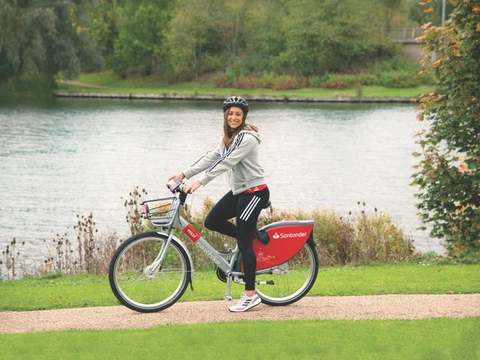 Almost 10,200 rentals were made during August, according to officials - the highest monthly total the scheme has seen since it was launched by bike share operator nextbike UK in 2016.

Krysia Solheim, nextbike UK managing director, said: “We had already seen a tremendous uptake of the free rides scheme in July, so to see that strengthened during August to make it our best month ever is phenomenal.

"It hopefully shows that the people of Milton Keynes are keen to turn these positive changes in the way they move around into long-term habits.

“With that in mind, we’re delighted to be extending the free rides scheme to give more people the opportunity to take advantage of the fantastic offer.”

A nextbike UK spokesperson said 1,974 new customers signed up for membership, which, the company says, is the cheapest way to get around Milton Keynes.

Customers were given the first 30 minutes of every ride for free during June, July and August to encourage them to use the scheme’s bicycles after lockdown restrictions were lifted.

Now that offer has been extended until the end of October due to the response from the public in the last few months.

With Santander Cycles MK members already getting the first 30 minutes of each ride for free, the offer means members can ride for an hour without having to pay a penny more.

Even without the free rides, nextbike UK said, Santander Cycles MK already provided one of the cheapest and most affordable ways for people to move around Milton Keynes with membership costing 16p per day.

Ms. Solheim said: “When you combine this unbeatable value with the other benefits of cycling, including getting people fitter and healthier, and actively reducing CO2 emissions and congestion on our streets, we believe we have an important part to play in helping Milton Keynes get back on its feet with its ambitious plans for a green recovery.”

Dan Sherwood, director of marketing at Santander UK, said: “Breaking records with the best month for hires since the scheme launched in Milton Keynes is fantastic. We hope the extended offer will ensure even more people from the local community can benefit from such a great scheme.”

According to nextbike UK, the scheme has had more than 160,000 rentals in Milton Keynes since it launched four years ago. There are now 320 bikes and 44 stations active across the city.