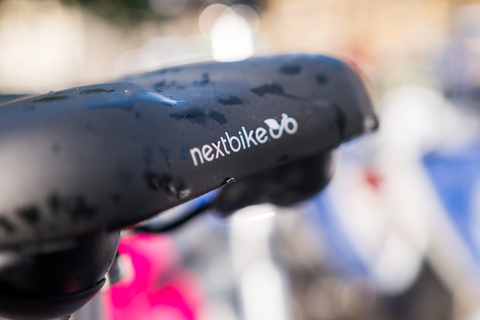 Glasgow’s popular bike share scheme will get 120 new bikes and 12 additional stations to encourage the city’s community to travel more sustainably across the city, operator nextbike has revealed.

nextbike will be adding 12 stations to Glasgow’s streets this year - allowing users access to 79 stations across the city. Six will be placed in Low Emission Zones in March 2020 thanks to funding from Glasgow City Council, with the remaining six - funded by nextbike - to be installed this summer.  The scheme also plans to add 120 bikes to its 650-strong standard bike fleet, with 60 bicycles being wheeled onto the streets in spring 2020 and the remaining bikes added by autumn 2020.

nextbike last week (Thursday Feb 6) unveiled energy supplier ScottishPower as the new sponsor of its fleet of 63 e-bikes in the city. The sponsorship is part of ScottishPower's bid to make Glasgow the UK's first Net Zero city by 2030.

“Given that the world’s eyes will be on Glasgow later this year for the COP26 climate conference, this is the perfect time to be expanding the fleet. One of our main goals as an organisation is to encourage people to think about switching to sustainable transport modes across the city. By bringing more bikes onto the streets and introducing stations in Low Emission Zones, we’re making that switch easier for people than ever before,” she said.

“The demand for bike share in Glasgow has been phenomenal since we launched back in 2014 and after our relaunch of the system back in 2017. The community has completely embraced the scheme and it’s largely thanks to public demand that the scheme has grown so quickly,” she said.

“Since its launch, the city’s bike hire scheme has been hugely popular and last year alone there were over 500,000 rentals by people making a healthy, environmentally positive transport choice.

“The successful addition of e-bikes to the hire offer highlighted how much demand there is for using a bike as a quick, convenient and flexible way to get about.

“The scheme is now an integral part of Glasgow’s effort to promote more sustainable forms of transport and adds to the effort to decarbonise how we travel across the city.

“We are now on course to reach our target of 1000 hire bikes at 100 stations in Glasgow and we are confident the new stations will add to the scheme’s on-going success.”

The Glasgow scheme is backed by Glasgow City Council to reduce congestion, free up parking spaces and to provide a healthier way to travel around the city.