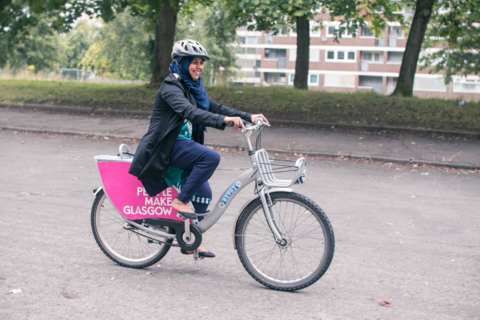 Glaswegians will now have a further excuse to take to two wheels in the city instead of four after nextbike installed 11 new ebike stations across the city - with the promise of more to follow.

The new stations come on the heels of the 12 that were installed back in June last year amid a demand in the city that saw over 500,000 bike rentals alone back in 2019.

The new stations contribute towards an overall target set by Glasgow City Council of 1000 bikes at 100 stations in the city, with the scheme now an integral part of Glasgow’s effort to promote more sustainable forms of transport.

The stations are located at Kelvingrove Art Gallery, Kelvinbridge Subway, St George's Cross and Kelvinhaugh Street / Argyle Street in the west end and Buchanan Street Bus Station, Glasgow Caledonian University, the Gallery of Modern Art and the University of Strathclyde in the city centre, as well as at Glasgow Cathedral, the Barrowlands and City of Glasgow College (Riverside Campus).

The hire scheme landed in the city back in April of 2016 with an original plan to provide offer 400 bikes for hire at 31 locations across Glasgow.